Tweets are not so simple 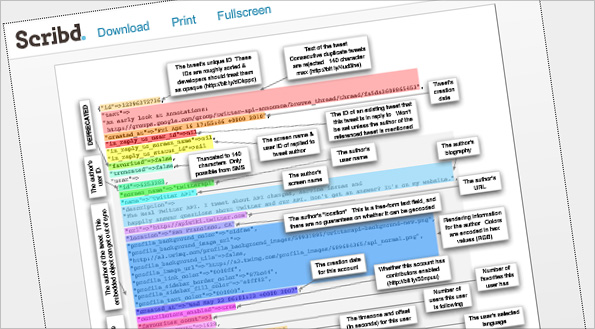 The best websites are those which appear simple – the most-often cited example being, of course, the Google website, with its plain search box. Of course, like the duck (serene on top; legs paddling frantically below the water), even the barest sites can have a lot of code beneath the surface.

Here’s proof. Twitter, often praised for the way that with its 140 character limit it forces users to be succinct, might be thought of as one of the simplest sites of all. This week, the BBC reproduced the image above, showing the huge amount of code required by a single tweet. Pretty, isn’t it?