Google’s homepage is the most-talked-about blank space on the internet. Renowned for its one-option interface and clean minimalism, the page is often cited as a great example of ‘less is more’.

It came as a great surprise, last week, then, to see that Google had transformed itself. The page that logged-in users saw was taken over by a large photographic image, much in the style of its rival search engine, Bing. 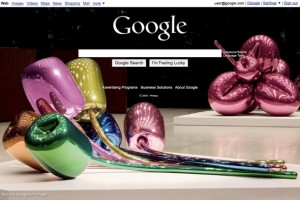 Even more of a surprise came a few days later when the white homepage returned. “Remove Google background” was apparently the seventh-most searched for a term during the intervening days (the image can be removed, but a bug had prevented the link giving this option from displaying).

Read it how you will – panicking behemoth trying to imitate its competitor, then pulling the move when it realizes it has blundered? Or service that listens to its users, and is uniquely positioned to do so, given that they are revealing their inner thoughts with every search?

Either way, it’s good to know that Google responds to the people who use it. The story, while amusing, shows us one of the strengths of the web – that you can try out something new, and change it sharply if it turns out not to be working for you and your business.