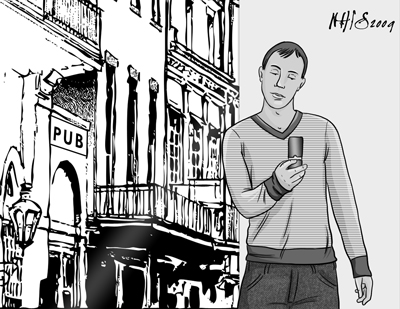 Rumour has it that the upcoming Digital Economy Bill will seek to outlaw the provision of an open wireless Internet connection. It’s probably a wise move for private households, but it could have unforeseen effects on small businesses.

An open connection is one which requires no password when joining. Many pubs and cafes, unwilling to provide wifi to passers-by unless they spend a little money, require users to request a password – but of course, unless they have the patience to change the password regularly, a word can soon get around.

Under the proposed bill, this situation need not change, but it would no longer be permitted to have a completely free network available. Would this cut down on the number of paying customers, or increase them? The obvious conclusion might be that if you have to ask for a password, you are far more likely to purchase – but one might also argue that humans tend to take the easiest path, and would happily buy from a cafe where they knew they could access the wifi without the need for instruction.

ZDNet also makes the point that businesses will be required to capture and keep details of those who log on, adding unwelcome amounts of administration to what was previously a simple service.

It’s possible, too, that a crackdown could see a reduction in the number of on-the-go searches, as those users without a paid connection (eg, those on iPod Touches) would no longer be able to look up local businesses simply by piggy-backing onto an unsecured connection for a short while, as they stand outside the providing establishment. Whether this would have a large impact is difficult to know – and my feeling is that more and more of us are opting into paid data packages on Smartphones, making the lack of free connections less of an inconvenience, but more of a cost.